A North Texas business owner wants to help support the Methodist Dallas nurses dealing with the loss of their collogues. She has a connection to the nursing community and was at the hospital when the deadly shooting happened.

DALLAS – As more details are released about the Methodist Dallas healthcare workers who died, there are efforts to support their colleagues.

Rachel Witherspoon-Monk said she has to do something to show these nurses they’re appreciated.

She was at Methodist Dallas for a breast cancer event Saturday morning.

The Dallas police chief vented his frustration that the gunman charged with murdering two Methodist Dallas employees was allowed able to be inside the hospital. The violent prison parolee was twice arrested for parole violations with the most recent one in June.

She said she is still in shock after Saturday’s shooting and can’t stop thinking about the healthcare workers who have to return to work after losing their colleagues.

She went back to the hospital once it was safe and saw the distracted staff members. She knew she had to help.

“These nurses are going to work to help and to do their job. All I could do is just hug and be like, ‘I am so sorry.’ The look on their face was just like a ghost,” Witherspoon-Monk said. ‘I was like, this is a no-brainer for me. These nurses have to go back to work now. It doesn’t stop. It’s 24/7 365.” 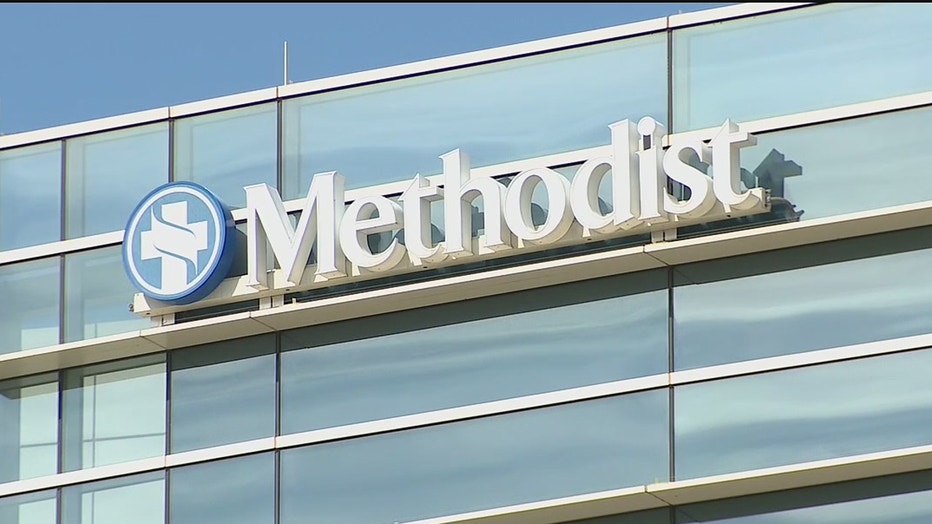 She is taking donations and collaborating with other vendors to plan an event to support the nurses in the coming weeks.

“That’s our brand – spreading joy through the world. I tell people we’re a little cotton candy and a lot of joy. There’s a lot of darkness in the world. If we can be the light, that’s what we’re going to do,” Witherspoon-Monk said.

The employees who died were just doing their jobs.

Jacqueline Pokuaa was a 45-year-old social worker. She was shot when she entered the new mother’s room to provide routine services.

Nurse Katie Flowers, who went by Annette, heard the shots fired, looked into the room, and then was shot in the hallway.

Flowers was a mother and grandmother. Her daughter said the family is not yet ready to talk about what happened.

The two healthcare workers killed in the deadly shooting at Methodist Dallas Medical Center on Saturday have been identified.

Methodist has not yet said how long each of the employees worked there.